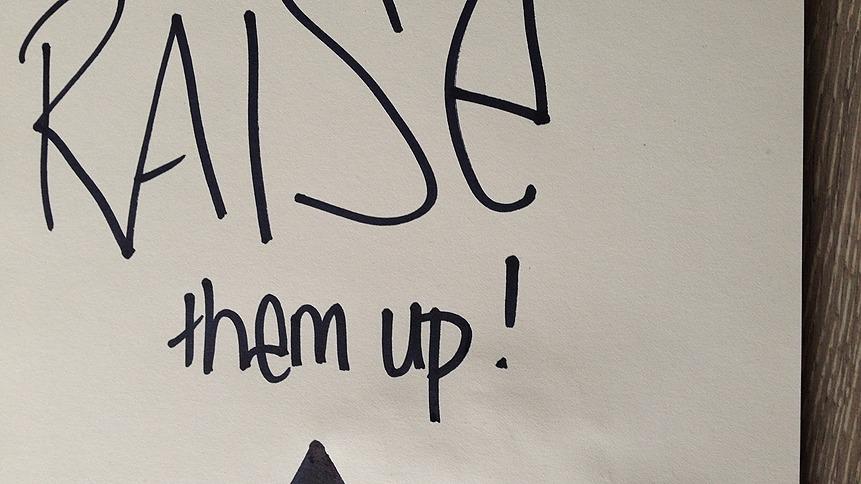 The first experiences I had of power:

picking up a paintbrush

picking up a book

picking up a pen

The most significant achievements in my life (in chronological order):

Getting my poems published in the school magazine aged 14

Getting a letter published in Just 17 aged 16

not understanding binary in Maths

not understanding movement and motion in Physics

learning to swim in Devon

getting my 1500 metres badge

learning how to change oil in a car

learning how to make chapattis

reading The History of Mr. Polly

reading To Kill A Mockingbird

reading 'I know Why the Caged Bird Sings'

dissecting a rat for Biology A level

translating the Ovid from Latin

understanding the purpose of the subjunctive

learning how to prune a rose

paying off a mortgage

performing stand-up for the first time at the Fun House on Crenshaw Blvd.

I also made a list of all the worst moments in my life, all my failures.

Being shafted for my books

Being beaten up by a man

Notice the passive voice? I suddenly did.  Some of these were just bad decisions, poor judgment. Some of them were me allowing myself to be in bad positions or tolerating appalling or unjust behaviour. Either way - the responsibility was on me.

Actually the list of all these is far less than my achievements or successes so why do I allow my failures and worst moments to be the most significant points? If you know me, you probably know all the things I failed in or broke apart in. I broadcast them. You probably know very little about what I manage to do pretty well.

These worst moments were times when my mental, physical or spiritual life was also at its worst. That tells me a lot too.  It tells me where I am going wrong and why.

The uncomfortable and very real truth is that for most of my considerable years, I have been striving for power and freedom, to be able to make an executive decision and to be recognized as someone who had done so.  The times when my mental and physical health dramatically improved were times when I was listened to, encouraged or empowered in some ways. The times when I withered, regardless of my pay, status or accommodation situation  - these times were when I was being disempowered, relegated or my work was attributed to someone else, someone else was remunerated for my labours or creation,  or a time when my words were cut, copied or pasted out of context and out of my control.

I do not have OCD nor am I a control freak as I prefer to work as part of a team, I hate working alone.  But I do wither if the power dynamics are unfair or there is a climate of passive aggressive violence.

I remember being fascinated with my dad's big bureau, his briefcase, his pens, his neat suit. The authority of expertise and knowledge and the objective, cool application of it. I would run off with his pens, developed a lifelong obsession with them, hoping to somehow absorb this power through the pen, the signature. I learned my dad's signature carried a weight my mother's didn't. I never understood this. My mother had a beautiful signature. But while dad's world was clean, cool and clever, my mother's consisted of teapots, tissues and toast crumbs.  Domestication was presented to me as a helpless, powerless existence to be avoided at all costs.

Death Row Records was the first and only place I have been given carte blanche, the only place where I was treated as a player - not as an object.  Towards the end of 1995, as my power or 'game' as Suge put it, became more evident to everyone but me, they tried to relegate me to admin - and I withered and withdrew.  My sister could have predicted it as this has been my habit since a child. I retreat and invert when bullied.  I didn't understand what was going on back then but now I do.  I am forever grateful I had a genuine female friend (Regina King) who was going through the same thing but had more insight than me. And a different method, far more assertive - although, back then, folk called it aggressive. It wasn't! She helped navigate me out of the reappropriation and exploitation. I need to say what a full on struggle that was, a real life or death experience.

There have only been two men who have genuinely fed and empowered me, directly or indirectly : my Dad and Tupac.  All the others, it's been me empowering them.  Now I'm finally becoming aware of a different mentality among true strong males, one where they don't feel threatened but instead celebrate and enjoy strong, dynamic women. I can never go backwards, I'll never allow my mental, financial and physical health to suffer just so a lesser man can 'succeed'.  You pay for what you can't do yourself - just like I have to.

I have taught boys, been paid to empower boys, to educate and raise them up. I find this easy, regardless of class or educational/emotional needs.  They have different expectations and attitudes to power. Raising girls is harder. Their minds and bodies have already been distorted from an early age by the corruption of a male-driven, sexualised world where they are objectified, belittled and their brains maligned and exploited. I was privileged to attend an all girls' private school in the 80's which staunchly saw women as equivalent to men and expected them to flourish outside of domestication. But today, as I work in schools or with young people,  I see a society that has gone backward in many ways.

All businesses should be empowering if they really wish to be powerful And the most empowering institutions should be schools. Every time I see a homeless person, I see someone who feels disempowered, perceives themselves a s passive victim to the decisions of institutions, genetics and life. And that has now translated into a reality. I have been broke, homeless, married to a junkie. 2Pac was broke, homeless, had a parent who was a junkie but the difference is we were raised.  Nowadays, we are dealing with kids who literally fell out of a vagina and were fed and told 'Get money!', 'Look like this!' and then we wonder why they do not grow up into functional, enriching human beings. Everyone up at Death Row was raised. We all had church backgrounds. Yeah, the press made it sound like we came from rough backgrounds but actually that was not the case.  If you are raised, you know things, things no school, no gang, no exclusive club or cult, no internet can teach you. That's what makes the difference: teaching people how and where to raise themselves, to empower themselves and others should be the biggest priority of education.  Not teaching people that they have NEED but that they have POWER. That was the whole point of hip hop.

As a woman who has struggled all her life with mental health, I know the most significant moments of turning my life around always centred around picking up a book, picking up a pen, committing a feeling to a thought to a sentence to an action.

That's all I've got to give.  I know its value. And how to turn that into power - a power to empower others.