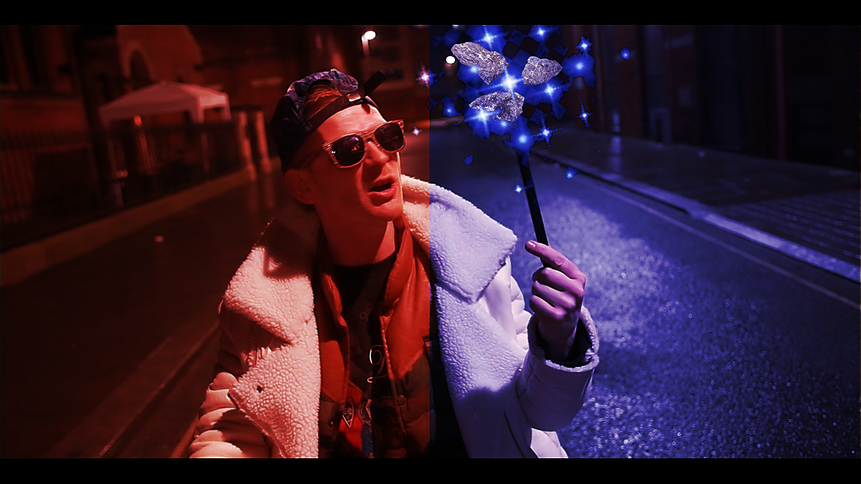 'POOR ON PURPOSE' by Skittles

Skittles is one element of Manchester’s roster of pure stock which has refused to be reappropriated by London’s music industry, choosing the longer, more laborious route of self-production and publishing. Raised by the city’s hip hop duo Broke N English (aka DRS and Strategy), the Hulme-born spoken word poet has been recording music since 2007 and been an MC and DJ/producer for much longer. Finding his creative family amongst the Mancunian MC/DJ collective, LEVELZ, he has spent the past 18 months working on an album which stands far out in the dark but radiates for miles beyond.

Everything from the wooden CD and vinyl cases with lithographed autographs and song titles to the beats, the lyrics, production, mixing and mastering, the videos and promotion comes from Skittles.  King of the epiphora and a yogic cadence marks the end of the era when the Americans had the upperhand of the MC’s rhetorical lexicon.  This is the vocabulary and phrasing of a master of northern street sounds and synonyms. It is no exaggeration to declare him the northern wordsmith, molding multicultural monosyllables into a memorable message.

‘Paper Plate’ declares the inequality of talent and justice in the language of mass catering and cheap throwaway charity while ‘Blue Skies’ celebrates through a knitting of anaphoric rhythms and rhymes with a gentle looping beat. The pull and push, the parallels and contrasts run throughout all these tracks. In this one, it’s in the hook:  ‘Is it too much drugs or not enough drugs?’ and the invented words ‘paranoia , Mananoia’ – how people are scared of Manchester’s intensity – of talent, of passion, of pain, of darkness.  Which leads on to ‘Murderin People’ – a stripped down beat and bare talk.  Violence is in every syllable, spitting out of an autobiographic anecdote.  This is a new class in structure, a novel with a rhythm.

Just when you think this is too heavy, he flexes onto the silly madness.  ‘Zeeko II’ (or Zeeko Deuce) is the funniest skit, too real for comfort. For those born after the major era of Tony Blackburn and Simon Bates (most of you), Radio 1 pre-1990, DJ Simon Bates 9-11am every weekday would tell a listener’s really sad story to the backdrop of the same sorrowful instrumental. Skittles took the instrumental and LEVELZ’ compadre, Dub Phizix, lent his vernacular to the hilarious tale of the ill-fated Zeeko. Every voice that drags a Manc down is in there which makes it too real for words.

‘And he twatted bare steds and that’…ending with the tragic poetry of: ‘And he had a seizure and pissed his keks outside Asda – obZviously.’ (sic)

So that’s the funny bit. Next comes the terror: ‘I am the Danger’, a personal favourite.  An audacious, irrepressible, irresistible, hyped up track with a dragged-out bassline to kick in the heavy lyric.  There is a relentless viscous flow of metallic verse interspersed with roaring chorus: ‘Lock up the darkness…I am the walrus, I am enormous, Live like lawless…Fk what you thought…you shouldn’t have brought us, lock up your daughters…’  Indeed. Sonically, it reminds me of the early days of dark jungle – but this time with a narrative.

‘Problematic’ is jazz riffs, café music from Moss Side, serenaded by police sirens. A ballad focusing on relationship problems followed by more of the darkness in ‘Your Name’, a sad, slow, click of tight guitars featuring the soulful voice of DRS.  ‘It was gully time….’ Manchester life would seem terrifying if not for the bursts of humour.  Like ‘Frisko Club 7’, another skit sending up the Manc put-down to an S Club Seven tune, Barbershop a la LEVELZ stylee. As is ‘Of me Knob’ (obzviously).  Pure silliness to classic tunes.

‘Let The Bass Drop’ is a funky fun tune with intricate production and a beautiful liquid, no-space-for-a-breath lyric.  ‘Badman Na Drink Milkshake with No Straw’ features Fox, another LEVELZ member, and is based on an actual Foxism when on a road trip and he refused to drink a milkshake without a straw, something which tickled Skittles and let to the indelible hook, a bouncing rhythm, layers of dancehall, soul and drum n bass flavoured with the same wicked humour.  ‘Shadowvargen’ is a total jam with funk, guitars and soul all condensed in a sonic box.  ‘Init’ will be the one that’s an anthem, the first video Skittles released featuring him on the rooftops of Manchester: ‘You know my soul’s init, you know my flow’s init, you know nobody’s missing til the show’s finished.’  ‘Init’ is the Mancunian equivalent of the Dundonian ‘Ken’, the West Coast’s ‘Word’.  ‘Take Me Away’ features a clipped guitar and a life story told through the raspy throat of despair and Fox’s soulful hook.

Skittles’ self-depreciation is the other side of the same coin that asserts his superiority; in announcing he is ‘Poor on Purpose’, he also admits his awareness of it:

‘I haven’t a clue what you’re talking about

But I’ve made an art out of pretending I do.’

Honesty like a lazer, ice cold water in our current miasma of nonsense, stale structures, name-drops and diluted digital beats, this is the album to set the tone of 2019. And the one that announces a new standard in sound architecture and lyricism. 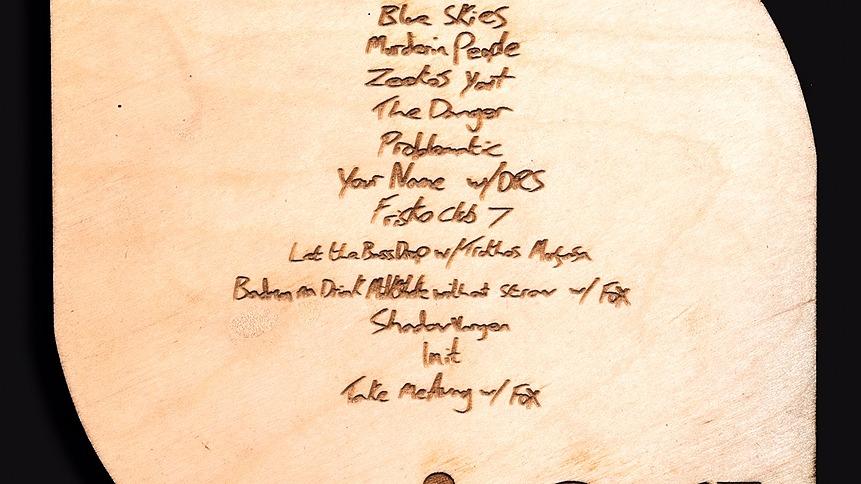