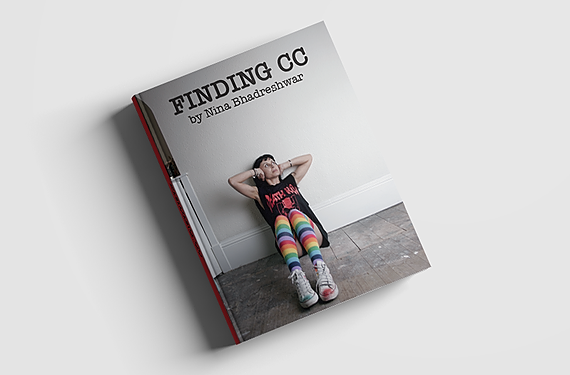 NON-FICTION by Nina Bhadreshwar detailing the reason she left England for California in the 1990's and her own experience of being part of Death Row Records and Tupac's penpal.

'FINDING CC' (and 'How To Survive Puberty at 25')   is  the true chronicle of the experience of British journalist Nina Bhadreshwar told through excerpts from her magazine The Real State and transcripts of interviews, poems and descriptions of the UK and USA in the 1980's and 1990's.

Her social awakening begins when she meets a fifteen year old homeless black poet in London, CC, who is later murdered when kicked out of the London night shelter where she is a volunteer.

Already desperate with questions and grief after the loss of her mother, Nina realizes she is not the only one in pain. After completing her indentureship at The Barnsley Chronicle, Nina decides to use her journalism skills to write a chronicle for the dispossessed youth and starts her own graffiti and poetry zine, The Real State, in 1992 fuelled by rave and graffiti.  Nina finds solace in aerosol visions, sound systems and the cadences of rap.  She travels across Europe and the USA in her quest to understand the real state and to document the stories of the struggling ethnic youth .  It's during a stay in New York that she encounters someone already at it in  the positive energy of Tupac Shakur and they start a pen pal correspondence.

Decamping to California's ghettos in November 1994, Nina finally settles in Watts and publishes another edition which finds its way to Death Row Records. She is hired to be its chief editor and memo writer to get a media-averse brand moving.  Using its proximity to Interscope Records, she sends packages of  fan mail, news and poems to Tupac in jail and cannot understand why he cannot bail himself out, having seen his royalty statements. Nina feels she has found a family and stability at last and that Death Row is the future.

But just as she is starting to feel secure,  she discovers things are not quite right - in fact, they are very, very wrong.

THIS BOOK WILL NOT BE AVAILABLE FROM ANY OTHER OUTLET TO PREVENT RE-SALES AT SILLY BLOATED PRICES.

is an anthology of poems and selected artwork by British writer Nina Bhadreshwar dealing with the dark questions grief brings and set in California and the UK. As a young woman, poetry and graffiti art was the basis of her magazine, The Real State, formed in 1992, catalyzing an adventure of grace that continues. 'The ghettos and injustices of Cali were my calling then and still are because they are found the world over. They are just more obvious here.  I seem to grow into - not out of - Cali; the older I get, the deeper the roots grow. A newborn baby has 242 bones; a fully grown adult has just 206. So '206 Bones' is about becoming real; loss is part of that process.  And bones are the last true documents of our existence we leave on this planet.' 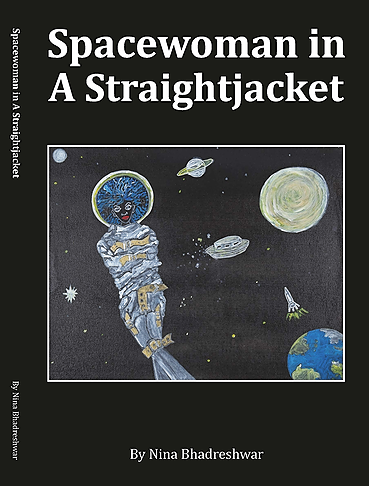 This is a limited edition anthology of the 1996 copywritten poems previously only published in The Real State magazine plus some bonus poems.  They cover the experiences of Nina during her travels and life in Sheffield, London, San Francisco, Oakland, Richmond, South Central Los Angeles, New York and finally the Death Row days in Westwood.  Artwork and poems all Nina's own.

is a limited edition anthology written in 2018 with illustrations based on experience in the USA and UK.