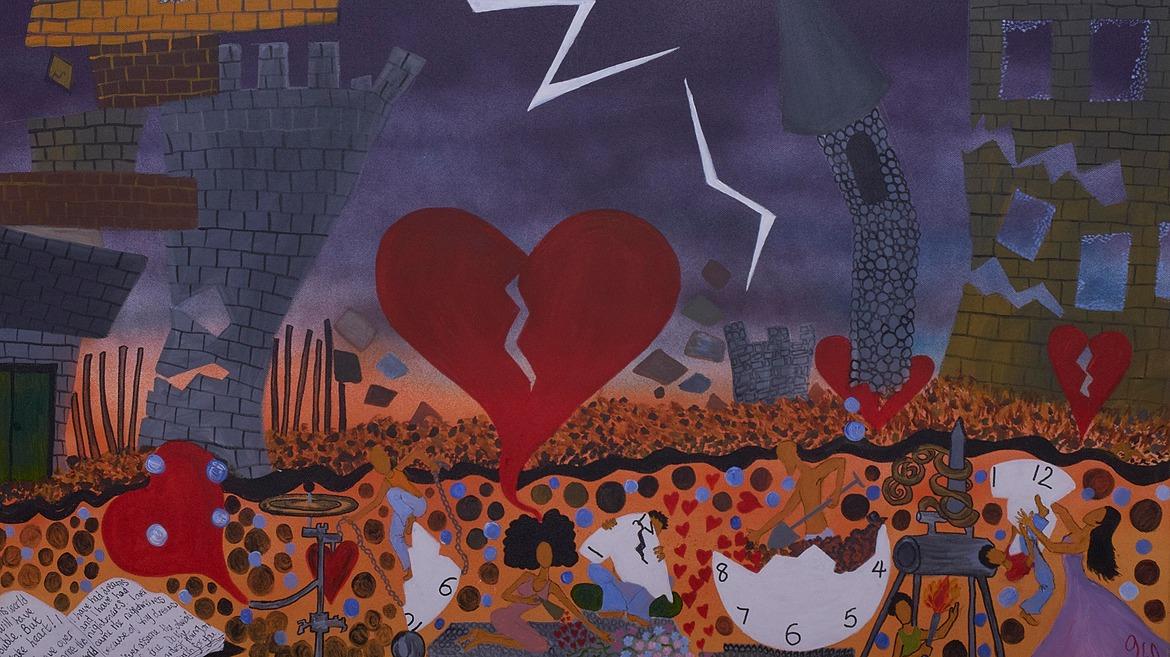 Birthing the Real : heeding the Ghosts

When I started The Real State magazine in 1991, it was because of rave, my Christian faith, and because I had no outlet for the creativity I felt within me and without.  Rave as in dub, bass, electronic, abstract patterns of wonder, knowledge, power, the values of peace, love, unity and respect.  Dancing in a field in Norfolk or on a dilapidated Hastings pier, Brixton Academy or warehouses in Doncaster, Sheffield, Leeds, Nottingham, Oxford.  There was no heating, no health and safety, no bar.  Just sound and us.

Us. We were living in the sepulchre of a burnt out, dead industrialised nation, ravaged by greed.  We were the inheritors of a ghost, a vapour.

All we had was the sound and ourselves.  This was REAL.  The music since 2000 has been flattened out; a recording is no longer a recording of a moment in time but a digitalized piece of binary because time does not exist in cyberland.  So real is no more. Dub plates, on the other hand, white labels, were raw, real, transferred moments of physical sound that ripped up your central nervous system and took you to another planet.  Love wasn’t a concept – it was real.  Rave was an inclusive culture, in its first and most innocent days, based on peace, love, unity and respect, tolerance and happiness. What was uncool was: violence, asking someone where they were from, what they did, age.  The only focus was the music and the empathy. Our shared consciousness meant we were, like mushrooms, alone as one.  As opposed to the internet - which has ensured we are with everyone but alone.

I’ve been teetotal (no drugs or drink) all my life and what I loved about rave as a twenty year old was, unlike the clubs and pubs of the ‘other’ world, there was no pressure.  I remember once telling my dad about my experience of an all-nighter and he really wanted to go!  That was before he started watching the news and his opinion changed…

But for those of us who experienced the reality of rave at its finest, it was seismic.  There were plenty of mind-altering drugs consumed but they were purer initially – based on the values of the culture and not on greed.  Before the sharks and E-merchants moved in.  Initially, before rave was commercialized, they enabled conversations and connections that conventional society would not allow us.

There’s a reason why the 1990’s birthed so much vital creativity: wealth couldn’t buy us unless it furthered the culture. Creativity and faith was the currency. The vision was fresh in our heads, birthed in a field or on a pavement at 5.42am.  A vision strong enough to withstand the banality of Thatcher’s machine and push through, a fierce dog rose of wonder.

That vision was crushed by the neoliberalism of New Labour.  But the seeds still exist.

The vision we saw and never seized did not die.  It’s still there to be taken by those who have faith.

It is REAL.  The kingdom we saw is REAL not an illusion. This banal life you give your time, money to – this is the ghost, the illusion that disappears daily before your eyes and you just do it all over again.  A bit like today’s music and culture. It means nothing to no one. And will mean nothing in the no future it is building. A future built on swipe, delete, new document. In order for something to be timeless, it has to be recorded in time - to prove it can defeat time. It has to be a finite object - and digital ones aren't.

Faith is the only currency that can gain the Kingdom.

Curating stories through art and words.  Projects in development include film, Northern Crime Fiction Reviews, and a northern manga comic. 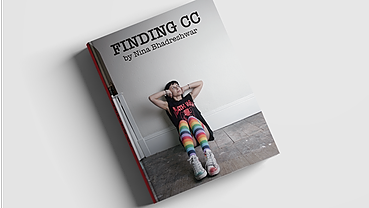 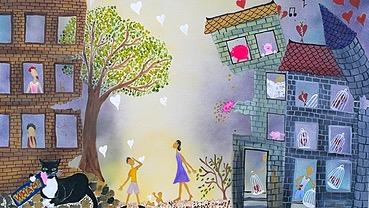 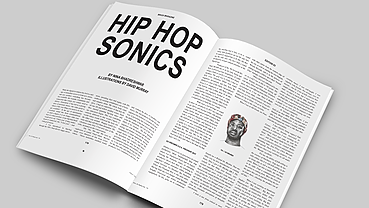